How Flavonoids Affect Your Health 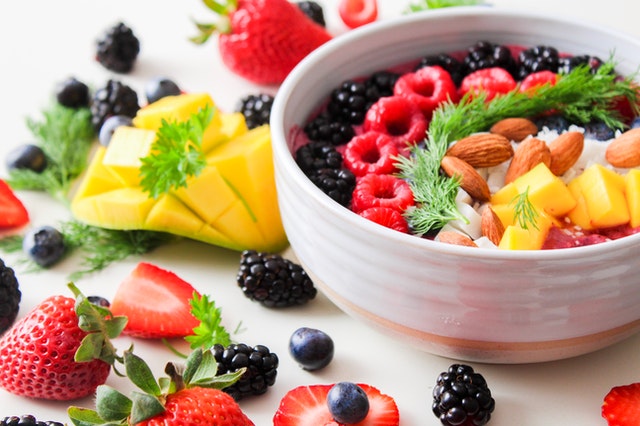 Want to learn more about flavonoids and your health? The results of a study that spanned nearly a quarter of a century and had about 75,000 participants is finally in, and exciting the nutritional world!

The average age of the participants at the start of the study was 50, and they are now in their 70s and 80s. Because this particular study took place over decades, the results are much more valid than other studies that occur over a couple years, said Dr. Daniel Potts, a fellow of the American Academy of Neurology and attending neurologist at the US Department of Veterans Affairs in Tuscaloosa, Alabama, who was not involved in the study. *This was published in CNN Health News July 2021.

“Cognitive decline is something that takes place slowly, so when you’re assessing it, you’re able to pick up subtle changes better over a long period of time,” he said. The end result proven is that eating foods high in flavonoids could slow down cognitive decline.

Flavonoids are a series of compounds with strong antioxidant abilities commonly found in many fruits and vegetables. In the center of this groundbreaking study that is shaping nutritional policies and influencing eating habits, is Dr. Walter Willett. He is professor of epidemiology and nutrition at the Harvard T.H. Chan School of Public Health and professor of medicine at Harvard University. He is described in a recent feature story in the Boston Globe as “the world’s most influential nutritionist.”

He and his HSPH colleagues, are widely credited with proving that diet plays a major role in the outbreak and prevention of ailments including cancer, cardiac disease, and diabetes. He has influenced the complex science of eating well and changed the thinking linking together life food choices and an older healthy body.

In the CNN article, Willett points out that there isn’t a specific number of flavonoids people should eat each day, and they shouldn’t be counted or measured. Eating flavonoids plays a small role in potentially slowing down cognitive decline, he said. Additional to this, people should strive to live a healthy lifestyle as well, including regular physically activity and not smoking.

Flavonoids And Your Diet

So, learn what they are and how to incorporate flavonoids into a daily diet? In a recent article published in Medical Life Sciences News they explain flavonoids, what they are and how they have become the most recent talk of dietary science. This site also provides a downloadable copy of the article with a list of foods included. It explains how flavonoids are important antioxidants and promote numerous health benefits. Aside from antioxidant activity, these molecules provide beneficial effects being anti-viral-anti-cancer-anti-inflammatory-anti-allergic.

Almost all fruits, vegetables and herbs contain flavonoids. They are also be found in other food sources that include dry beans, grains, red wine and green and black teas. It is notable to say that the more colorful a food item is, the richer it will be in flavonoids. Healthline has published a pretty good list of flavonoid sources and have broken them down into the six flavonoid subtypes, and the foods that contain them. Different flavonoids can help the body in different ways so having a list available is a handy way to keep in top of making sure you are getting enough of these in the daily diet.

One study published in the Journal of Translational Medicine found that people who consumed higher levels of flavonoids as part of their diet had a lower risk of experiencing a cardiovascular event. Additional research is needed to prove the full and complete cardiovascular benefits of flavonoids.

An article published In Today’s Geriatric Medicine, discusses that It is in the best interest of the patient that physicians be aware and pass along the information that a healthy diet including various fruits and vegetables containing antioxidants and flavonoids can be beneficial for every patients’ overall health. Good words to remember from Dr. Willet are, “Nutrition has a lot to do with our cognitive health, and the choices that we make today concerning the things we consume have a big role to play later in life in protecting our brains.”